What’s the Difference Between SUV and Minivan? 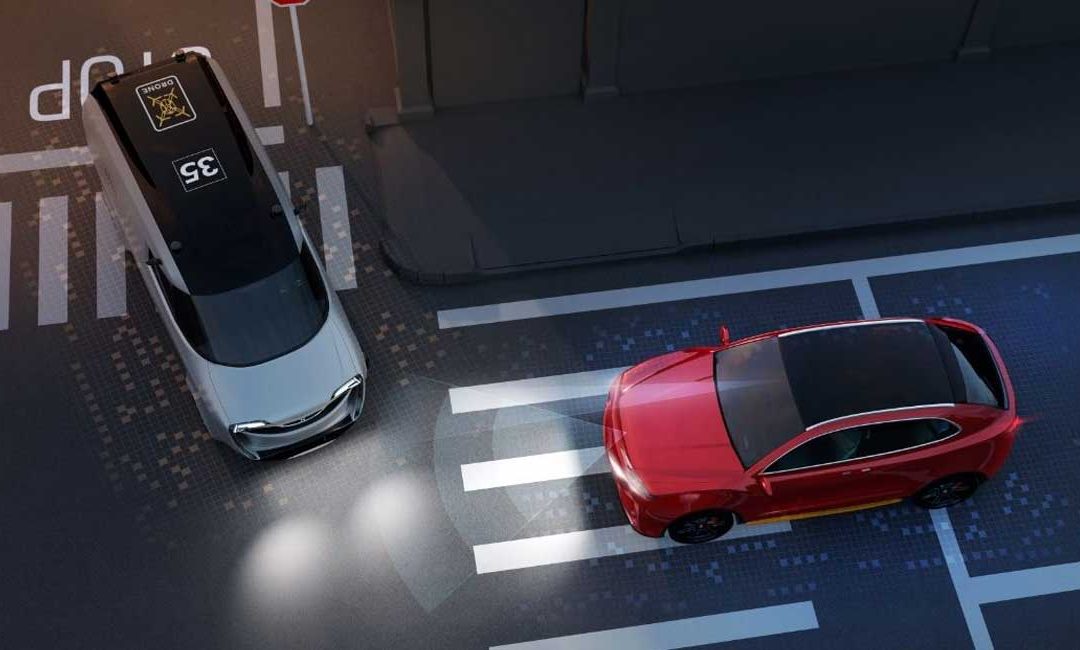 The two most effective types of vehicles to haul cargo and people are SUVs and minivans. Both of the vehicles have their own set of advantages and disadvantages when it comes to capability, features, style, and price. Before determining the best decision for you and your family, you need to examine the abilities of each of the vehicles.

Both SUVs and minivans are designed as family-friendly vehicles, and usually come with new technology as well as a set of safety features. There are also a number of electric and hybrid SUVs on the market, which allow you to make fewer stops on lengthy road trips and get great fuel economy to boot.

Continue reading to see which type of vehicle better suits your needs and the needs of your family.

Learn the Difference Between SUV and Minivan

In this article, we will break down the differences between the two types of vehicles, highlighting the benefits and drawbacks of each.

Although it might not seem like an important thing at first, the door configuration in SUVs and minivans is a very important factor when deciding between the two. While SUVs usually have rear doors that swing open, minivans generally have rear windows that slide open. Even though there were several minivans produced with swing-out rear doors, the option didn’t really catch on.

Just as the name implies, a minivan is just a small van. And a van is more or less shaped like a rectangle. An SUV, on the other hand, is shaped like a smaller rectangle sitting on top of a larger rectangle. Both of them aren’t especially organic, luxurious, or voluptuous in appearance

However, generally speaking, the minivan is usually regarded as less dynamic and less attractive than the SUV vehicle. Why is that? The SUV’s long hood has implied potency and power. Even though some manufacturers have tried implementing a longer hood into the minivan, the attempts weren’t successful.

Conventional controls are featured in most of the SUVs on the market. The main reason for this is the straightforward, truck-like interior used for the original SUVs, which were based on truck chassis. Even though nowadays most SUVs are crossovers that are car-based, they still have traditional switchgear and instruments.

On the other hand, designers of minivans don’t feel as restrained. In fact,creative interior design skills are a must, due to the fact that the short hood of the minivan usually means the ancillaries and engine will intrude into the passenger space. This is the reason why some minivans have cubby holes that are inaccessible and near the floor, as well as shift levels that protrude from the dash.

Good Visibility for Both

Both SUVs and minivans have more chair-like seating and a higher driving position when they are compared to a typical passenger sedan. When the driver is in their seat, they can usually see the SUV’s front corners. When it comes to a minivan, this might be a little harder as a result of the vehicle’s hood design.

A minivan doesn’t require its passengers or driver to climb up in order to enter. In comparison, in order to climb into an SUV, sometimes a running board is required. The “step-in height” for the minivan is considered a big advantage by many.

The choices are very limited when it comes to minivan powertrains. Global manufacturers have decided to make V6 engines the standard for minivan design.

In comparison, SUVs that are currently on the market have V8s. You can find a large number of hybrid powertrains, as well as turbocharged engines.

One of the biggest advantages that minivans have is their interior space. They can carry a large amount of cargo in them, in terms of cubic feet. In comparison, SUVs are usually a bit shorter when it comes to cargo space.

A big part of the appeal that SUVs have for many buyers is the ability to drive them off-road. There are many different variants of SUVs that are available on the market, and while many of them have very robust off-road abilities, some of them don’t. However, all in all, the higher ground clearance and the four-wheel or all-wheel drive of SUVs make them a lot more suitable for off-roading than the typical minivan.

Since minivans and SUVs often weigh about the same and have similar horsepower ratings, it can be quite hard to distinguish the power offered by both of these vehicles. Expect the fuel economy numbers to line up with the engine options on minivans and SUVs.

According to the Environmental Protection Agency, most get a combined rating of between 20 and 22 mpg, while the most fuel-efficient models that are hybrid get around 35 mpg.

Their towing performance varies as well. When properly equipped, minivans usually have a maximum towing capacity of about 3m,500 pounds, while SUVs run from 2,000 all they way up to 8,000 pounds.

Like any other vehicle, both minivans and SUVs sport the required set of safety features like backup camera, stability control, anti-lock brakes, and airbags. They also have different levels of standard driver assistance technology like blind-spot monitoring and automatic emergency braking, just like cars do.

Unfortunately, due to their higher center of gravity, SUVs are generally more prone to rollover crashes. Minivans have increased stability when moving on the pavement due to the fact they are lower and wider in some cases. The National Highway Traffic Safety Administration performed tests that showed all minivans in 2021 and most SUVs that have three rows get 4 out of 5 starts when it comes to rollover resistance training.

SUVs are often deemed more fun to drive than minivans due to their ability to drive off the beaten track and the variety of powertrains they offer. Even though minivans are great vehicles for transportation, and they accelerate and handle cargo well, an SUV is a lot of fun to drive. SUVs can deliver dry and wet traction, roadholding, braking, and power.

Minivans and SUVs are both created in order to make the job of hauling things and people easier, and they do just that. With minivans, the rear seats may vanish completely into the floor, which opens up a big and unobstructed amount of floorspace where you can put lots of cargo.

Another advantage of the minivan is that it is a lot easier to access the third-row, since the height to step in is typically lower.

Even though you can also fold away the rear seats in SUVs, they don’t often offer clear floor space, even when they are folded.

Another major factor that people should take into consideration when deciding between a minivan and an SUV is fuel economy. If you’re shopping for a car that has 7 seats or more, probably your main concern isn’t fuel economy. However, it’s definitely something to think about since it is one of the most important expenses that is attached to owning your car. The fuel economy of minivans is clustered due to the fact their powertrain availability is limited.

On the other hand, the fuel economy figures of SUVs are all over the map. Many large or mid-size SUVs are powered by thirsty V-8 engines. You can check for hybrid SUVs that deliver better fuel economy than standard models do. However, be sure that the fuel savings can offset their higher price.

Minivans enjoyed a lot of popularity in the past. However, they’ve lost a lot of ground in recent years, so car manufacturers haven’t been spending much time or energy on them. There have been only a few minivans on the market in recent years that have seen mechanical overhauls and styling changes.

On the other hand, SUVs have definitely risen in popularity, and now there are three and two-row SUVs available from luxury and budget brands alike and they come in a wide variety of sizes.

Why Choose a Minivan?

Below, we will discuss the reasons why a minivan might be a better option for you.

The floors of minivans tend to be lower than those of SUVs, and they are generally designed with less road clearance. What this means is that if you have small children, they will have an easier time getting in and out of the vehicle.

Also, minivans typically have wider doors that allow you to access the back seats more easily. Some models even feature rear doors that slide, which are great if you’re parked in a tight area and you want to get out of your car.

The first reason you should choose a minivan is if you want more cargo and interior space. Most standard minivans have seven seats, so they are built to fit big families. These vehicles are large and long, and they allow adult passengers to have plenty of head room and leg space.

The cargo capacity isn’t minimized as a result of the passenger space, so you don’t have to worry about having enough space to carry what you need. SUVs are also pretty large and long. However, if you need seven seats for passengers on a daily basis, you’re better off going with a minivan.

Minivans often have engines that are designed to favor fuel efficiency and they are built with excellent highway performance in mind. The minivan is more than efficient at doing its job if you want a big family vehicle for short trips around the city.

Why Choose an SUV?

Following are the reasons why you might want to consider getting an SUV.

Over the last decade, SUVs have become very popular due to the fact they are practical and offer excellent performance. This means that you will be able to find a lot of variants of SUVs for amazing prices.

You'll probably need to haul around a storage trailer or caravan from time to time if you’re looking for a family vehicle. Towing capacity, torque, and power are important features to look for, and all of them are probably going to be more impressive on an SUV.

Minivans have a less powerful engine, and during towing will be under much more strain, especially on difficult terrain, even though they might have optional or standard tow packages on the back of the vehicle.

Though not all SUVs have a four-wheel or all-wheel drive drivetrain, if you need these options, they will certainly be available. When driving off-road, these systems provide additional traction, and they are great if you drive in icy, snowy, or wet conditions during the year.

An SUV typically has more ground clearance and power than a minivan, which makes it a better option if you want a vehicle that will be practical for the family during the week and lots of fun during the weekend.

We hope that our article has helped you decide whether an SUV or minivan is a better option for you. There isn’t a final answer to which one of the two vehicles is better.Instead, you should decide which one is the best according to your needs and budget.