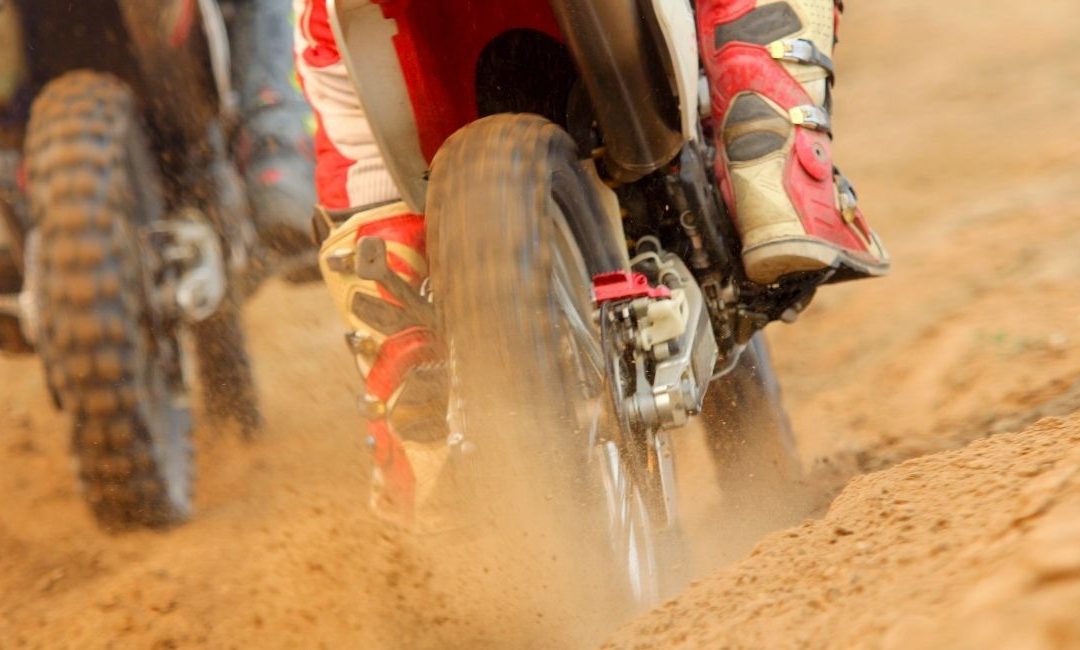 Despite trail dirt bikes and motocross sharing similarities, they each function differently depending on the riding conditions.

Contents hide
1 Motocross
2 Trail Dirt Bike
3 Key Differences: Trail Dirt Bike Vs Motocross
3.1 Weight
3.2 Flying and Stunting
3.3 Daily Use
3.4 Acceleration and Top Speed
3.5 Maintenance and Lifespan
3.6 Safety and Protection
4 Frequently Asked Questions
4.1 Is It Possible to Modify Motocross Into Trail Dirt Bikes and Vice Versa?
4.2 Do I Have to Compete to Own Any of These Bikes?
5 Conclusion
5.1 Related Posts:

A motocross rider is required to race in a restricted environment regarded as a motocross track. Hence, gear ratios are tighter, they have elevated torque, and the top speeds are lower.

On the other hand, trail dirt bikes are used for clear region racing with broader gear ratios in order to attain higher top speeds. They also have larger gas tanks since more distance is covered. In this article, you will find some tips to help you make the best decision between a trail dirt bike and a motocross.

A motocross race is a competitive bike race that is done in an enclosed area. A motocross rider races in a heat that barely exceeds a 30 minutes race time. This race is run in well-constructed tracks shaped from natural terrain. It is usually not a comfortable ride, but it’s fast and exciting!

Motocross bikes are designed to be as quick as possible. They attain their maximum speed rapidly, however, they are not made to reach extreme top speeds. So, to compensate, they have trick parts to help them cut seconds off of lap times.

Motocross manufacturers also try to reduce the weight as much as possible. This includes using small-sized gas tanks, no kickstand, and less electrical waterproofing. Very tight gear ratios are even adopted to help to accelerate off the beginning line, up slopes, and out of bends during a motocross race.

This gear can be adjusted a bit, but it is not built to suit highway use. A motocross bike is not designed to serve a comfortable purpose or for long trips. It has a stiff suspension, a hard seat foam, and a light flywheel to enable a forceful power performance.

The tires are built only for off-road riding and it is a crime to use them on motorable paths. Though they can impressively hold on to the dirt track, they will quickly become slippery on a normal road.

The exhaust framework is straight-through. This means that it has no spark arrestor and little silencing. These bikes aren’t fragile. Instead, they enjoy revving and driving fast.

Keep in mind that using a motocross bike on a trail dirt track requires a complete change of exhaust in order to avoid excessive noise.

A trail dirt bike is mainly used outdoors. Unlike the motocross race, it is never carried out in restricted areas. Dirt bike racing disciplines consist of riding through as many arrangements of score-based time trials as possible.

A trail bike is also heavier than a motocross bike because of all the extra added equipment required to make them legal on the road. These bikes often pass through roads between race segments, hence these additional items are fundamental for them to be road legal.

Makers will often add bearing pointers, front and backlights with handlebar switches, a horn, fire up counter, a number plate holder, a speedometer, a start barrel, and brake light switches for optimum security. Additional things that reinforce the weight are a larger seat foam, a bigger gas tank, a kickstand, and handguards.

Their tires are built according to road guidelines with impressive off-road capabilities. However, these tires are incomparable to motocross tires on dirt.

The exhaust plan is modified to limit the noise levels to suit the road standard. A larger silencer is employed, which makes it heavier than the motocross exhaust. A spark arrestor is also installed in the exhaust to impede sparks from escaping the exhaust. This adds weight and reduces the engine power, but it must be done for legal reasons.

It is designed with a softer suspension than motocross bikes, which makes it more comfortable for long drives. A heavier flywheel is fitted to the engine to better suit the road. This gives the rider a smooth power performance without killing the torque.

The main difference between a trail dirt bike and motocross is their weight. As previously mentioned, trail dirt bikes are heavier and are made to function at higher speeds. Their shock-absorbing capabilities, due to their size, enable them to withstand rough terrain, rocky terrain, slopes, water crossings, and other inconsistent terrains.

The well-groomed tracks of motocross are also able to use a small gas tank since the refilling station is always nearby (usually at the motocross track tent).

Bouncing here and there and enjoying 20 feet above the ground seems extraordinary, but only one of these bikes permits you to do it safely. Motocross is built to fly and stunt, depending on how light it is.

Many trail dirt bikes are too heavy to go jumping or throw around the race tracks.

If you still want to maximize the use of your bike when you’re not racing, then you might want to consider the trail dirt bike. It is a lot easier to get approved and more comfortable to ride over long distances. It also has lights fitted, which means that it can travel at night easily.

Motocross has a more forceful throttle, makes a louder noise, and a small gas tank. It is not suited for many terrains due to its tight gear ratios.

Motocross always gives you better acceleration. A trail dirt bike on the other hand provides you with a better top speed. This can be traced back to the tightness of their gear ratios.

Generally speaking, a trail dirt bike has a longer lifespan. It wouldn’t be a surprise if the same bike is used to compete for three to four years straight and a motocross is unable to last longer than two years.

Motocross requires more maintenance because its engine is hung without protection and has a stiffer suspension.

The motocross framework offers little protection. This is because the purpose of motocross is to jump and perform stunts. Unlike motocross, trail dirt bikes are built with protective extras such as handguards, spark arrest, electrical waterproofing, bark busters, headlights, and much more.

Is It Possible to Modify Motocross Into Trail Dirt Bikes and Vice Versa?

Generally, it is a lot simpler to transform a motocross into a dirt bike than changing a dirt bike into a motocross. A genuine trail dirt bike is underpowered, geared excessively short, and built with soft suspension.

To use your motocross across the country, consider changing the suspension to a softer one, use a wider gear, and add protection. Protection could be anywhere from a bigger fuel tank, exhaust, headlights, turn signals, and a spark arrestor.

Do I Have to Compete to Own Any of These Bikes?

Absolutely not! You don't have to compete before you consider adding any of these bikes to your garage. Many riders participate in these races purely to have fun.

If you are interested in these bikes, but you consider competition a little too dangerous, then you can choose to ride them however you please.

Riding both a trail dirt bike and motocross can be demanding both mentally and physically, but it is worth the hard work. Both options are really fun and the adrenaline rush you get can't be described! That being said, don’t forget that trail dirt racing and motocross racing are high risk activities and they require mastering.

Motocross is generally about racing and beating your other competitors. Top speed is reached in a short amount of time and the bike is highly sensitive to any little bumps and hills. Since it’s lightweight, It is designed to jump, stunt, and make quick and sharp turns along the track.

In contrast, the trail dirt bike is heavy and built to endure any obstacles in its path. It is designed to reach an extreme speed, but not at an instant. A trail dirt bike offers more protection and is road legal.

Deciding between a trail dirt bike and a motocross will be based on what you’re looking for. For daily use on inconsistent terrains, a trail dirt bike will be your best bet. However, if what you seek is flying or impressive acceleration, then motocross is perfect for you.